Rosa’s ’65 Falcon is a labor of love. Being in her family for quite some time, the Falcon used to belong to her aunt and uncle before getting sold to her father, then officially becoming hers in 2009.

As an elective in Rosa’s senior year of high school, she took auto shop. It was there she became fascinated with the workings of a car. Prior to that she had zero car experience. From there she considered a career in auto mechanics, but her destiny took her on a different road. Since adopting the Falcon, Rosa has learned so much about her car. Hands-on practice makes learning easier—especially when you’ve got a classic daily driver to keep on the road!

Having a family has been tough in this journey of car building and at times Rosa’s had to put it aside. However, her desire to finish is there and she does what she can, when she can. As her three kids grow, they see Rosa working on her car and take pride knowing moms can fix their cars too. They enjoy riding in Rosa’s mom-mobile and look forward to going to car shows and showing it off. 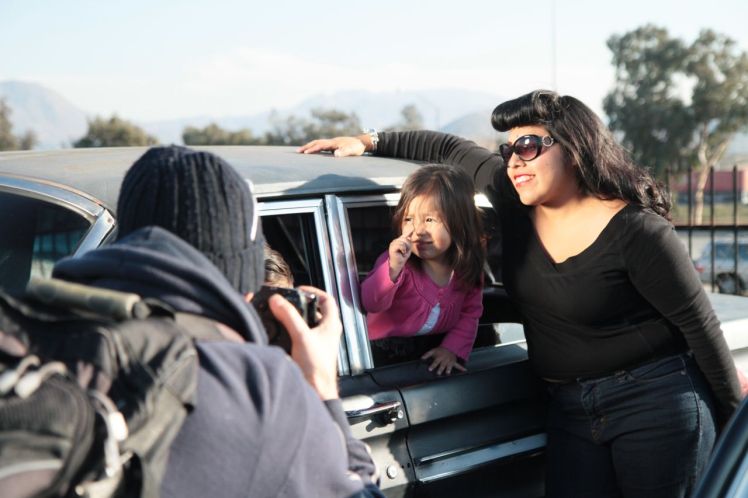 The Falcon, dubbed “Callejera,” follows in Rosa’s style of classic hot rod mixed with some old school low riders. Under the hood you’ll find the straight-six 200 ci engine that was sent for a rebuild in 2010. With a one-barrel carburetor, it runs with a 3-speed cruise-o-matic transmission. With the suggestion of Rosa’s old man, the rear tail lights were customized and the rear dropped 4″ with the use of lowering blocks. 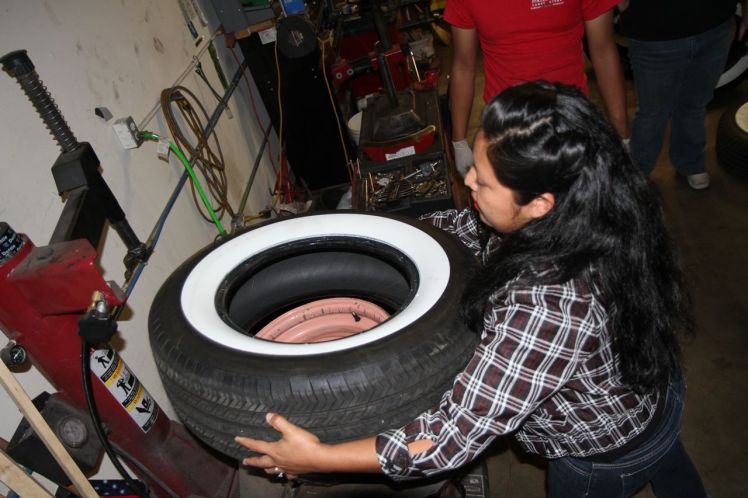 Rosa still considers herself a “beginner” when it comes to working on cars, but she loves the chance to get greasy. Learning, and enjoying her car while out cruising, is her motivation to continue.