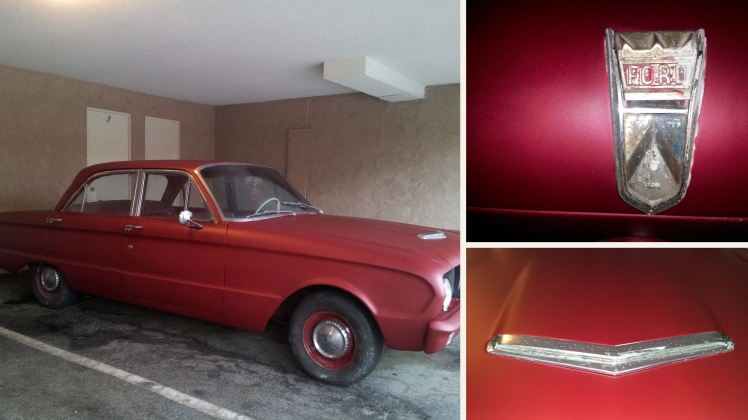 Just in time for the All Girl’s Car Show put on by Pati for El Camino College and her Girls in the Garage program, Jessie and some of the gals got together to continue work on spiffying up her 1962 Ford Falcon “Red.” 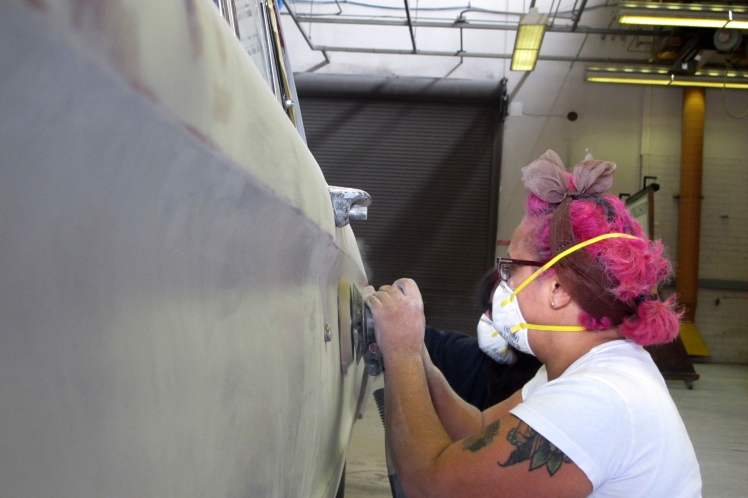 Just getting past some hurtles with a broken control arm, Jessie was excited to get the car out of its primered state and back to “red” status. 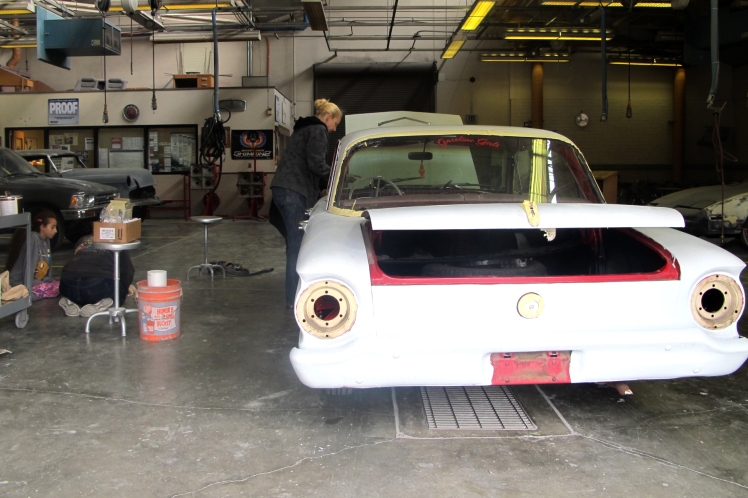 With rain the whole week before paint day, and because Jessie doesn’t have a garage of her own, “I had to drive Red to El Camillo College to do prep work and ultimately the final paint job,” says Jessie. Here’s the recap of prepping and painting a car from Jessie’s words… 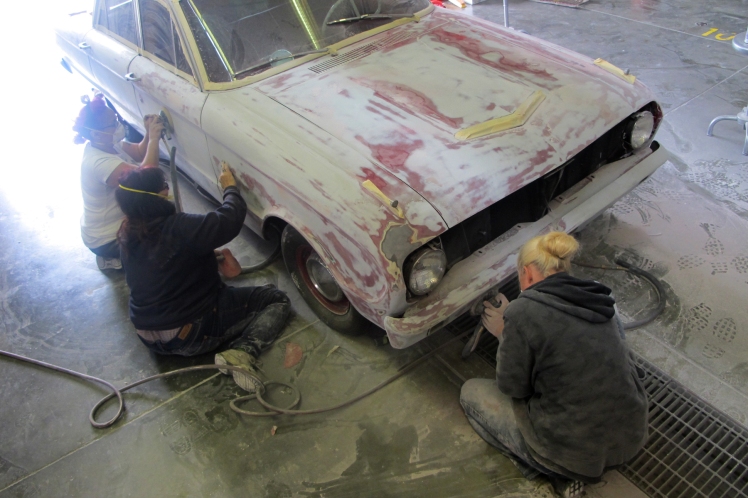 “It took a total of about 10 hours with lunch time in between. The first round of sanding took the longest, and was the most difficult part of the day – with five people helping, that stage took the bulk of the time.”

“First we used 150 grit sandpaper to grind her temporary primer down, as it was a horrible roll-on home job. Then we used 400 grit to get that extra smooth feel. Small amounts of bondo were used before the initial primer was painted on, and some of those needed to be worked at as well.” 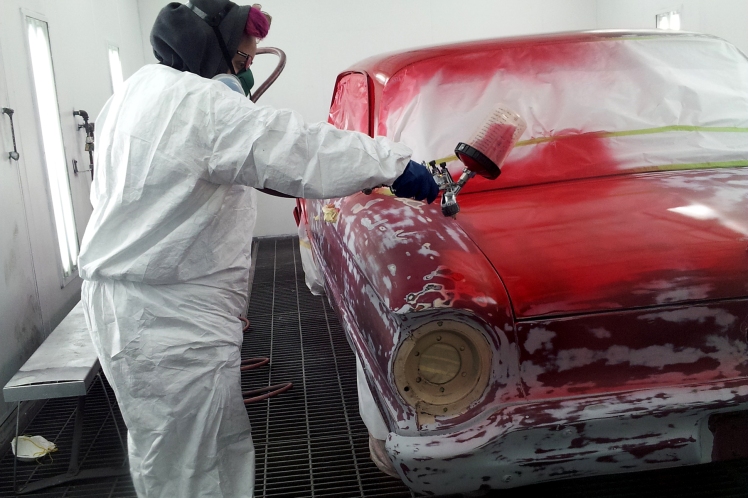 “My favorite aspect of the whole project was the painting stage and mainly seeing how a little guidance and know how can shape something so ugly into something so awesome! I was proud of Red before, with the help of my fellow Gasoline Girls, but even more so now. I can see my vision of her finally becoming what I had set out for her 5 years ago when I purchased her.” 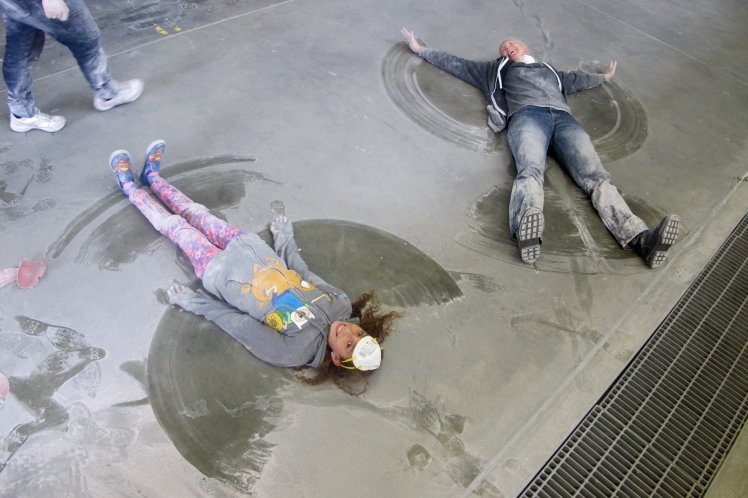 “I would so do it again! Not only did we do the process from start to finish in one day, I was able to enjoy time with the crew in the process. We even made dust angels out of the primer sanded off…silly time is a must in the shop.

“In the future I want to do a lace type paint job on the top of the car, although I haven’t found the right lacing yet. Plus I want some pinstripping on the hood as well. That will come in time.” 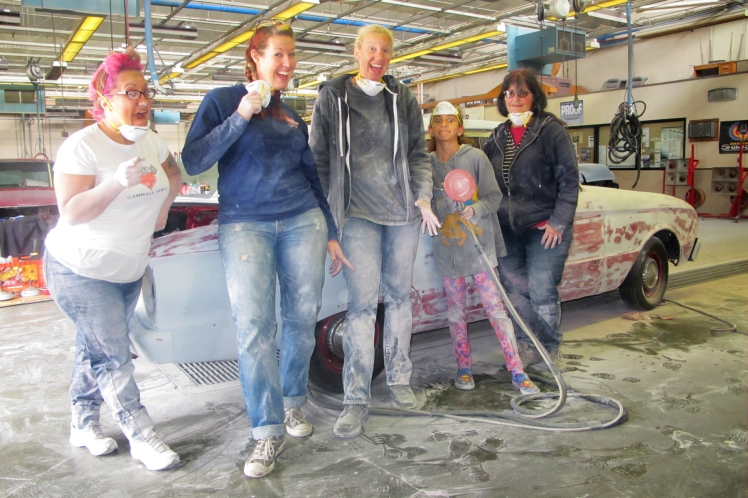 “I look forward to another car purchase where I can customize it the way I see it going! Plus again, it’s better to do it yourself versus handing it off to someone else… just as long as you have the right tools and expert direction to do so.”

One thought on “Learning to Paint While Making “Red” Red”